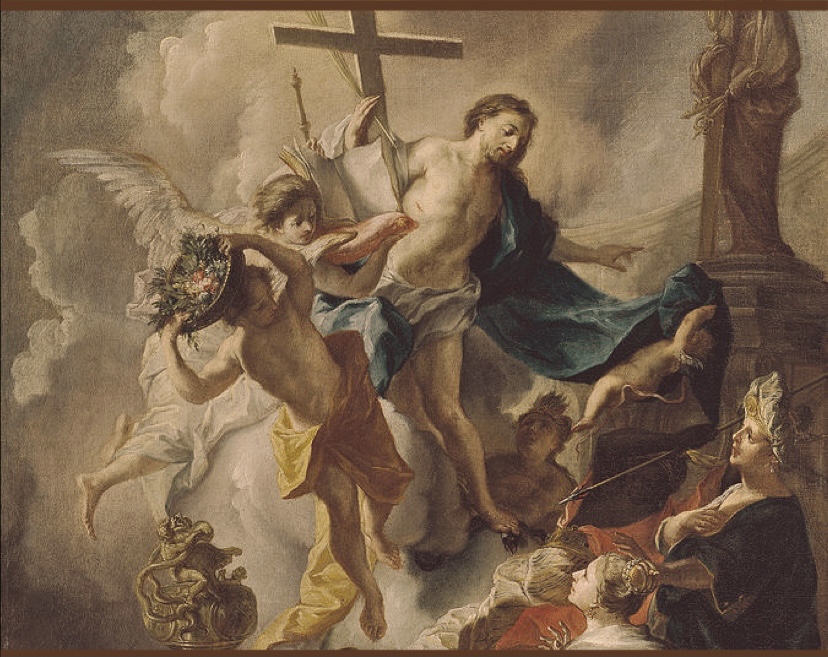 The Church Fathers were well aware of pagan beliefs and any similarities that they had with Christianity.  Rather than seeing these things as a threat, the early Christians saw them as proof of God’s attempts to reach all the nations and that He had written His truth on their hearts and that Christ was the fulfillment of the longings of the pagan world.  The commonalities in belief among various ancient civilizations reflected the commonality in human experience.  The difference between pagan myths and the life of Christ was that Christ’s life was located in time and space.  While pagan myths were always placed in

A common accusation made against Catholicism is that Easter is a pagan holiday, named after the goddess Ishtar, or Ashtorah of the Old Testament (cf. Isaiah 17:8, 27:9, Jereimiah 17:2, Micah 5:14).  This is easily disproven and completely disregarded by historians considering the word Easter is of English origin and Ishtar was worshipped in Mesopotamia (modern Iraq), which was thousands of miles from England.  Despite sounding similar, the two words are completely unrelated.

A new argument, however, has emerged in the late 20th century stemming from neo-pagan, atheist, and even some Protestant groups that claim that the northern European Christians adopted the name Easter from the name of a pagan goddess: “Eastre” in Anglo-Saxon; “Eostre” in Northumbrian.  The name “Eastre” or “Astarte” or “Eostre” comes from the root “aus/eas” meaning “to shine” and “the east” (since the sun shines from the east). The word “east” derives from this root. Likewise, the word Austria comes from the same root since it is the kingdom of the east.

Because pagans ceremoniously celebrate astronomical events as holy days, the natural phenomenon of the spring equinox and the religious feast of the goddess of fertility and light, Eostre, were indistinguishable.  When Christianity was introduced to the region, the Passover naturally coincided with this same celebration. This doesn’t mean that paganism was baptized or that the newly Christianized people were still devoted to the goddess Eostre.  The fact that the feast of the Resurrection coincided with pagan celebrations doesn’t mean it was derived from them just as the fact that the Jewish Passover also coincided with pagan celebrations doesn’t mean it was of pagan origin.  With the introduction of Christianity, the name simply took on new meaning.

As the Venerable St. Bede said in the 7th century:“Ēosturmōnaþ (Old English ‘Month of Ēostre’), which is now interpreted as the paschal month, was formerly named after the goddess Eostre, and has given its name to the festival.” –The Reckoning of Time.

The word for the spring equinox was simply adapted to a new meaning in the same way that we still speak of “Thursday” without any connotation of it still being “Thor’s day.”  The old day names remain without any of their religious content.  This becomes more evident when one recognizes the name “Easter” and it’s etymological connection to a pagan holiday only applies to the origin of the English word, not the origin of the feast.  The Catholic Church does not formally call the feast “Easter” but rather “Pascha” – a word derived from the Aramaic word for “Passover”.  The Latin word, Pascha, as well as the Greek word  Pascha (Πάσχα), are derived from Aramaic: פסחא (Paskha), and Hebrew פֶּסַח (Pesach).  All European languages deriving from Latin take on some form of the word Pascha. In Italian, it’s Pasqua; in Spanish, Pascha; in Portugese, Páscoa; in French, Pâques; in Danish, Paaske; in Dutch, Pasen; in Swedish, Påsk.  It is only English and Germanic lands that use the term related to “Easter.”