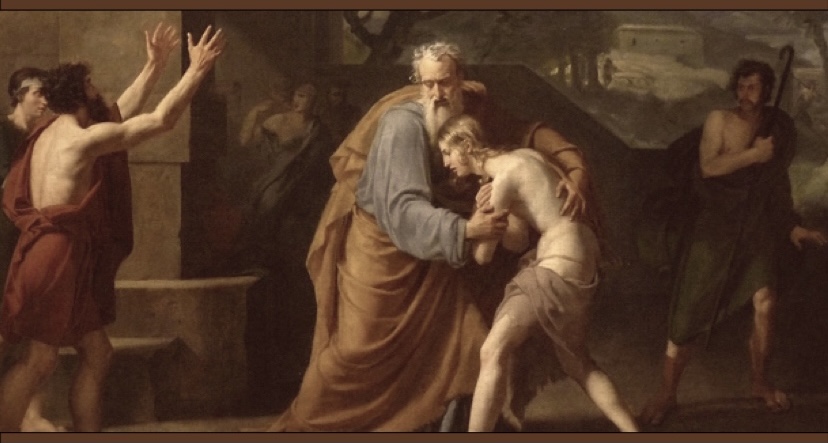 Some Protestant denominations hold to the belief that once a Christian has been saved, it is then impossible for them to lose their salvation.   Several verses are commonly pointed to in support of this belief, most notably Romans 10:9, I John 5:13, John 10:28, and Ephesians 2:8–9.  When examining these verses within context, however, it becomes clear that these verses do not say what is trying to be demonstrated.

In I John 5:13, it says: “These things I write to you, that you may know you have eternal life, you who believe in the name of the Son of God.” The Greek word for knowledge (from the verb oida) in I John 5:13 does not necessarily mean an absolute certainty is being expressed, but rather a confidence in God’s promises if we keep His commands (Colossians 1:22-23, I Corinthians 15:1-2).

In the case of John 10:28, Jesus says that no one will be able to take us away from God, similar to Romans 8:39 when Paul says that nothing in creation will be able to separate us from the love of God in Christ Jesus. Both of these passages are referring to the same fact that no one is capable of removing us from the grace of God or has power over our salvation.  It does not say that we ourselves, are not capable of leaving God’s grace of our own free will and thus forsake our own salvation by severing our relationship with God.  When he gave a litany of created things that can not separate us from the love of God in Romans 8:39, notice that he did not say, “neither fornication nor adultery nor drunkenness nor murder will separate us from the love of God” (1 Cor. 6:9–10).  He was well aware that if we choose sin, we renounce Christ. In 1 Corinthians 15:1–2, Paul says, “Now I would remind you, brethren, in what terms I preached to you the gospel, which you received, in which you stand, by which you are saved, if you hold it fast—unless you believed in vain.” In John 15:6, Christ tells the apostles to remain in his love and if we keep his commandments we will remain in his love. But he who does not remain in his love is “cast forth as a branch and withers; and the branches are gathered, thrown into the fire, and burned” (John 15:6).  Jesus is clearly stating here that salvation can be lost if anyone does not remain in his love.  God does not force Himself on anyone; we enter freely into a relationship with Christ, we are free to leave him. Scripture is overflowing with examples of this. In Romans 11:22, Paul says, “Note then the kindness and the severity of God: severity toward those who have fallen, but God’s kindness to you, provided you continue in his kindness; otherwise you too will be cut off.” In Galatians 5:4, Paul says, “You are severed from Christ, you who would be justified by the law; you have fallen away from grace.”  In 1 Corinthians 9:27, Paul warns the Christians against being overconfident: “I pummel my body and subdue it, lest after preaching to others I myself should be disqualified.”

In regards to Ephesians 2:8-9, the Council of Trent in chapter eight of the Decree on Justification, says that “none of those things which precede justification—whether faith or works—merit the grace itself of justification.” This means that no man can work himself into a state of justification. A person can not work themselves into a state of righteousness in order to please God and earn heaven by doing a number of good deeds.  This does not mean that sin cannot separate us from Christ, nor that faith is all that is required of a Christian after one receives initial justification.  It is not enough that one call Jesus Lord; “Not every one who says to me, ‘Lord, Lord’ shall enter the kingdom of heaven, but he who does the will of my Father who is in heaven” (Matt. 7:21; cf. Matt. 10:33, 18:35).  Just because you may choose to no longer hold fast to what was freely given to you does not mean that you were ever capable of earning what was given to you in the first place. The same is true of earthly sonship—it cannot be earned. But if you were adopted, you would be free to run away and lose your inheritance.  The prodigal son is a prime example of a son who was with his father, lost his inheritance, and then regained it through repentance (Luke 15:11–32).

“Watch for your life’s sake. Let not your lamps be quenched, nor your loins unloosed; but be ready, for you know not the hour in which our Lord comes. But you shall assemble together often, seeking the things which are befitting to your souls: for the whole time of your faith will not profit you, if you be not made complete in the last time” (Didache 16 [A.D. 70]).

“To Christ Jesus, our Lord, and God, and Savior, and King, according to the will of the invisible Father, ‘every knee should bow, of things in heaven, and things in earth, and things under the earth, and that every tongue should confess’ [Phil. 2:10–11] to him, and that he should execute just judgment towards all. . . . The ungodly and unrighteous and wicked and profane among men [shall go] into everlasting fire; but [he] may, in the exercise of his grace, confer immortality on the righteous, and holy, and those who have kept his commandments, and have persevered in his love, some from the beginning [of their Christian course], and others from [the date of] their penance, and may surround them with everlasting glory” (Against Heresies 1:10:1 [A.D. 189]).