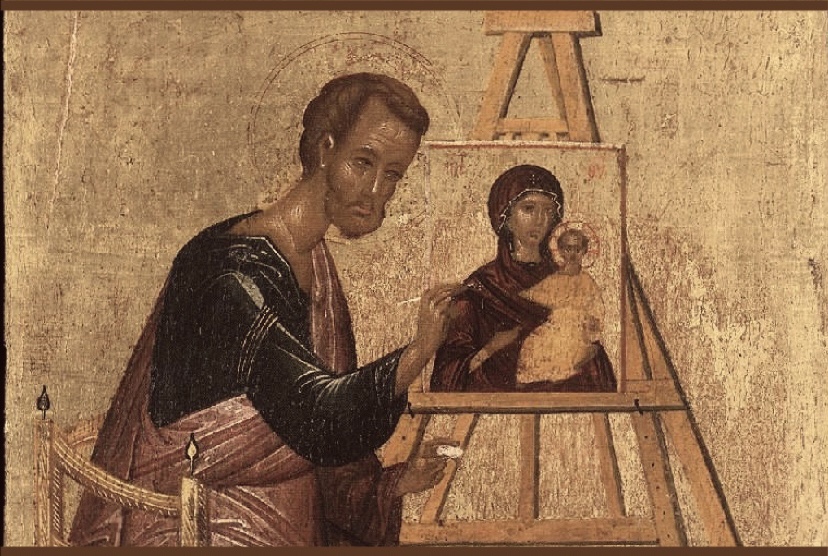 Religious images have been used within Christian liturgical practices and devotional life since the earliest days of the Church. The use of religious images has at times been a controversial topic due to concern over idolatry, however aniconism (or the prohibition of images) has not generally been practiced by Christians throughout history.  The most notable cases of aniconism in Christian history is the controversy of Byzantine iconoclasm in the 8th century, and the Protestant Reformation in the 16th century, when Calvinism in particular rejected all images in churches.  The Reformation produced two main branches of Protestant Christianity; one was Lutheran, which followed the teachings of Martin Luther (1483-1546), and the other the Reformed Churches, which followed the ideas of John Calvin (1509-1564) and of Huldrych Zwingli (1484-1531).  Lutheran churches retained the use of sacred art, while Calvinists violently rejected what they perceived as idolatrous Catholic practices such as religious pictures, statues, or relics of saints.

The Catholic Church has always defended the use of sacred images in churches, shrines, and homes, and encouraged their veneration while condemning anyone who would worship them as if they were gods themselves. The Catechism of the Catholic Church states: “Idolatry not only refers to false pagan worship…Man commits idolatry whenever he honours and reveres a creature in place of God, whether this be gods or demons (for example satanism), power, pleasure, race, ancestors, the state, money etc.”  (Catechism of The Catholic Church, passage 2113, pp.460).  The Catholic Church and Eastern Orthodox Church accept the church council which condemned iconoclasm and upheld the use of sacred images, the icons of saints, and the crucifix in churches, public shrines, and in homes. The explanation of the consistency of sacred images with the Christian religion was largely based on the arguments of St. John Damascene.

The central basis for those who reject the religious use of images is Exodus 20:4; “Thou shalt not make unto thee any graven image.”  However, when examining the passage in context,  it is clear the emphasis is not on an absolute restriction on images, but rather condemning the worship of strange gods; “Thou shalt not have strange gods before me. Thou shalt not make to thyself a graven thing, nor the likeness of any thing that is in heaven above, or in the earth beneath, nor of those things that are in the waters under the earth. Thou shalt not adore them, nor serve them” (Ex. 20:3-5).  Many cultures at the time revered statues as gods and this practice was sometimes adopted by the Israelites, such as their worship of the Golden Calf.  It is difficult sometimes for modern society to comprehend this practice because most people today do not believe statues to be truly living beings, let alone gods.  God forbade the worship of statues, but he did not forbid the religious use of statues as there are instances throughout the Old Testament of images being used for religious purposes.  For example, God commanded that the Ark of the Covenant have two statues of cherubim made of gold with the wings held over the Ark (Ex. 25:18–22).  The curtain which separated the Holy of Holies in the Tabernacle tent had embroidered figures of cherubim (Exodus 26:31).  David gave Solomon plans for the temple and included statues of angels (1 Chr. 28:18–19).  Ezekiel 41:17–18 describes a vision that he had of the temple and it had graven images of cherubim.  During the Exodus, a plague of serpents was sent to punish the Israelites.  God told Moses to “make a fiery serpent, and set it on a pole; and every one who is bitten, when he sees it shall live. So Moses made a bronze serpent, and set it on a pole;” (Num. 21:8–9).  One had to look at the bronze statue of the serpent to be healed, which shows that God sometimes works through inanimate objects such as statues, even though the objects themselves have no intrinsic power. It was only later, when people began to worship the bronze serpent, that king Hezekiah had it destroyed (2 Kgs. 18:4). This did not mean that objects used for religious purposes could not be treated with reverence.  The Ark of the Covenant was treated with great reverence and included images of cherubim on top of it (Exodus 25:18–22), and certain miracles were associated with it, yet this was not condemned.

In the New Testament, Early Christians argued over whether it was permissible to eat meat that had been offered in pagan worship. Paul wrote that it was permitted to do so, as long as a blessing was pronounced over it, but he still warned against any idolatrous worship, saying that the gods worshiped in idolatry were in his belief demons, and that any act of direct participation in their worship remained forbidden (1 Corinthians 10:14-22).  Clearly, he saw a distinction between objects or food used for the glory of God and the use of the objects in worship of false gods or even the worship of those objects themselves as two separate things. Jesus himself was visible, and orthodox Christian doctrine maintains that Jesus is YHWH incarnate. In the Gospel of John, Jesus stated that because his disciples had seen him, they had seen God the Father (Gospel of John 14:7-9) and Paul referred to Jesus as the “image of the invisible God” (Colossians 1:15).

Archaeology has found extensive wall-paintings in the Jewish catacombs of Dura Europos Synagogue in Syria.  It’s paintings depict Old Testament scenes and there is a Torah shrine on the western wall.  It’s construction was dated by an Aramaic inscription to 244 AD, making it one of the oldest synagogues in the world. The city was abandoned after its fall and the lower rooms remained buried until excavated. Because it was used for only a short amount of time, it would only have a limited impact upon Judeo-Christian art.  The nearby Dura-Europos church also contained early Christian art.  The Catacombs of Rome of Rome contain the earliest painted images, dating to the second century.  Christians often painted religious images in their catacombs and there are mentions of these images as far back as the 2nd century.  Early Christian art used symbolic images partly to avoid persecution in the Roman Empire, but also as teaching tools to help instruct the illiterate.

Jesus was often represented by symbols such as the Ichthys (fish), Lamb of God, “The Good Shepherd”, an anchor, or the Chi-Rho.  In the early Church, Christians used the Ichthys(fish) to identify Christian places of worship and Christian homes.  In the Dura-Europos church, dating about 230-256, there are frescos of biblical scenes and Christ as the Good Shepherd. Christian use of relics also dates to the catacombs, when Christians found themselves praying in the presence of the bodies of martyrs, sometimes using their tombs as altars for sharing the Eucharist, which in Catholicism, Lutheranism and Eastern Orthodoxy is the central act of Christian worship. Many stories of the earliest martyrs end with an account of how Christians would gather up the martyr’s relics, such as the Martyrdom of Saint Polycarp, a personal disciple of Saint John the Apostle.

While some writings by Church fathers contain strong denunciations of the pagan use of statues, these are specifically cases of outright idol-worship.  Irenaeus, for example, does not speak critically of icons or portraits in a general sense, only of certain gnostic use of icons, which were used in the same manner as pagans; “They also possess images, some of them painted, and others formed from different kinds of material; while they maintain that a likeness of Christ was made by Pilate at that time when Jesus lived among them. They crown these images, and set them up along with the images of the philosophers of the world that is to say, with the images of Pythagoras, and Plato, and Aristotle, and the rest. They have also other modes of honouring these images, after the same manner of the Gentiles [pagans]“(Against Heresies 1:25-26).

Many Protestants have pictures of Jesus and other Bible pictures in Sunday school for teaching children or set up nativity scenes at Christmas.  These are not seen as “graven” images” or as practicing “idolatry” in the way they accuse Catholics.  In this same way, Catholics use statues, paintings, and icons to help recall the person or event.  A Catholic who may kneel in front of a statue while praying isn’t worshipping the statue or even praying to it, any more than the Protestant who kneels with a Bible in his hands when praying is worshipping the Bible or praying to it.

Gregory the Great wrote, “…it is one thing to adore an image, it is quite another thing to learn from the appearance of a picture what we must adore. What books are to those who can read, that is a picture to the ignorant who look at it; in a picture even the unlearned may see what example they should follow; in a picture they who know no letters may vet read. Hence, for barbarians especially a picture takes the place of a book.”

Thomas Aquinas said, (Summa, III, 25, 3), but “no reverence is shown to Christ’s image, as a thing—for instance, carved or painted wood: because reverence is not due save to a rational creature”.

“If it is not a sin but good to have the image of Christ in my heart, why should it be a sin to have it in my eyes?”