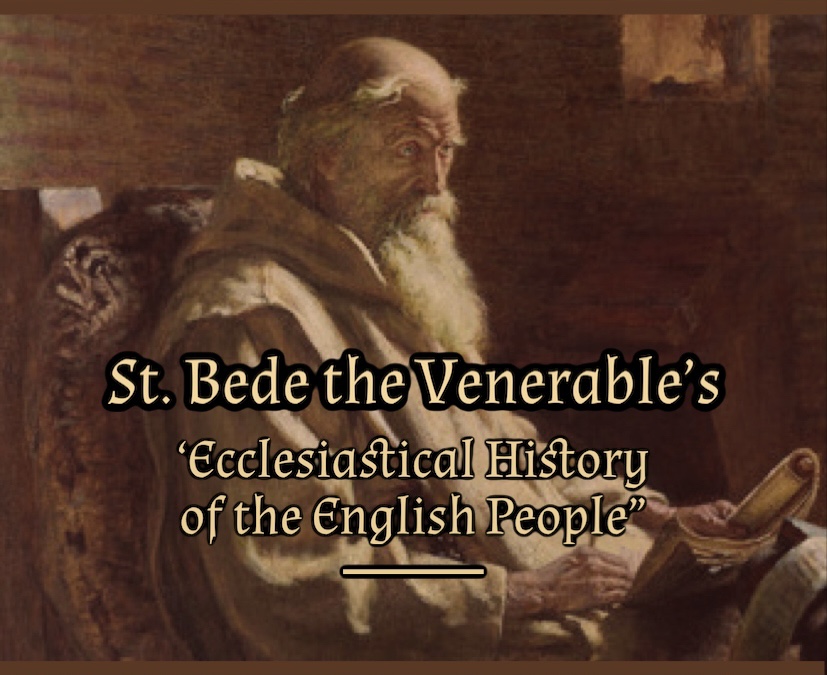 St. Bede the Venerable's
'Ecclesiastical History
of the English People'

Saint Bede the Venerable (672-735) was an English Benedictine monk at the monastery of St. Peter and its companion monastery of St. Paul in the Kingdom of Northumbria of the Angles.  He is well known as an author, teacher, and scholar, and his most famous work, Ecclesiastical History of the English People, gained him the title “The Father of English History”. His ecumenical writings were extensive and included a number of Biblical commentaries and other theological works. Another important area of study for Bede was computus, the science of calculating calendar dates. He helped popularize the practice of dating forward from the birth of Christ (A.D. = Anno Domini, or “in the year of our Lord”). Bede was one of the greatest teachers and writers of the Early Middle Ages and is considered by many historians to be the most important scholar of antiquity for the period between the death of Pope Gregory I in 604 and the coronation of Charlemagne in 800.

In 1899, Pope Leo XIII declared him a Doctor of the Church. He is the only native of Great Britain to achieve this designation (Anselm of Canterbury, also a Doctor of the Church, was originally from Italy). Bede was moreover a skilled linguist and translator, and his work made the Latin and Greek writings of both the Bible and the early Church Fathers much more accessible to his fellow Anglo-Saxons, which contributed significantly to English Christianity.

Ecclesiastical History
of the English People: