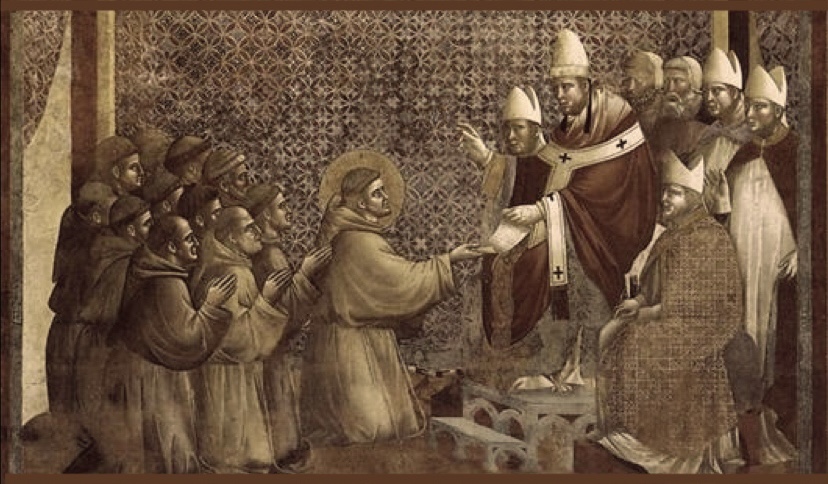 Celibacy within the priesthood is not a doctrine or dogma, but is rather strictly a discipline which has been imposed to varying degrees throughout history.  As such, it is subject to change over time and, is not always the rule for all Catholic priests, even today. For the first thousand or so years of Catholicism, priests would commonly marry and have children. The first pope himself, Saint Peter, was married (Mark 1:30) and most likely had children, and many who came after him also had children. In the Eastern Catholic Rite, married priests are the norm, just as they are for Orthodox and Oriental Christians.  In Eastern Churches, although married men may become priests, unmarried priests may not marry; and married priests, if widowed, may not remarry. Moreover, there is an ancient Eastern discipline of choosing bishops from the ranks of the celibate monks, so their bishops are all unmarried.  The tradition in the Western or Latin-Rite Church has been for priests as well as bishops to take vows of celibacy, but exceptions can be made for priests who are converts from Lutheranism and Episcopalianism.  It is important to note that no one is required to take a vow of celibacy; rather they “renounce marriage” voluntarily (Matt. 19:12). The Church then elects candidates for the priesthood from those who have voluntarily renounced marriage and, only then, is a vow of clerical celibacy mandated for the newly ordained priests.  Celibacy is one of the biggest acts of self sacrifice that a priest is called upon to make. When a priest is ordained, the Church becomes his highest calling and he thus forgoes spouse and children to be able to serve and have a relationship with his parishioners and God. If he had a family and children, he would have less time to devote to his spiritual duties.

This practice has a Biblical foundation in that celibacy is an eschatological sign of the fact that celibacy will be universal in heaven: “For in the resurrection they neither marry nor are given in marriage, but are like angels in heaven” (Matt. 22:30).  Christ Himself promises that those who choose celibacy for His sake will be rewarded; “Amen, I say to you, there is no one who has given up house or wife or brothers or parents or children for the sake of the kingdom of God who will not receive an overabundant return in this present age and eternal life in the age to come.” – Luke 18:28-30.  Christ also says that celibacy is not something all men can do, but that those who can, should; “Not all can accept this word, but only those to whom it is granted. Some are incapable of marriage because they were born so; some, because they were made so by others; some, because they have renounced marriage* for the sake of the kingdom of heaven. Whoever can accept this ought to accept it.”” – Matthew 19:12.

Paul himself was celibate and even endorses celibacy for those capable of it: “To the unmarried and the widows I say that it is well for them to remain single as I am. But if they cannot exercise self-control, they should marry. For it is better to marry than to be aflame with passion” (7:8-9).  It is only because of this “temptation to immorality” (7:2) that Paul gives the teaching about each man and woman having a spouse and giving each other their “conjugal rights” (7:3); he specifically clarifies, “I say this by way of concession, not of command. I wish that all were as I myself am” (7:6-7).  Paul even goes on to make a case for preferring celibacy to marriage: “Are you free from a wife? Do not seek marriage. . . . The unmarried man is anxious about the affairs of the Lord, how to please the Lord; but the married man is anxious about worldly affairs, how to please his wife, and his interests are divided. And the unmarried woman or girl is anxious about the affairs of the Lord, how to be holy in body and spirit; but the married woman is anxious about worldly affairs, how to please her husband” (7:27-34).  Paul’s conclusion: He who marries “does well; and he who refrains from marriage will do better” (7:38).

Some Protestants will make claims that celibacy is unbiblical and even “unnatural” based on Gen. 1:28 or that marriage is mandatory for Church leaders based on (1 Tim. 3:2, 4–5).  First, if  “the husband of one wife” really meant that a bishop had to be married, then by the same logic “keeping his children submissive and respectful in every way” would mean that he had to have children. Childless husbands (or even fathers of only one child, since Paul uses the plural) or widowers or bishops with children who had died would not qualify.  After Jesus’ teaching in Matthew 19 on divorce and remarriage, the disciples exclaimed, “If such is the case between a man and his wife, it is better not to marry” (Matt 19:10). This remark prompted Jesus’ teaching on the value of celibacy “for the sake of the kingdom”: “Not all can accept this word, but only those to whom it is granted. Some are incapable of marriage because they were born so; some, because they were made so by others; some, because they have renounced marriage for the sake of the kingdom of God. Whoever can accept this ought to accept it” (Matt. 19:11–12).

The Historical Practice of
Priestly Celibacy:

“[Scripture says:] ‘There are some who have been made eunuchs of men, and some who were born eunuchs, and some who have made themselves eunuchs for the kingdom of heaven’s sake; but all cannot receive this saying’ [Matt. 19:12, 11]. . . . And many [of us], both men and women, who have been Christ’s disciples from childhood, remain pure at the age of sixty or seventy years; and I boast that I could produce such from every race of men” (First Apology 15 [A.D. 151]).

“The first decree commanded to increase and to multiply; the second enjoined continency. While the world is still rough and void, we are propagated by the fruitful begetting of numbers, and we increase to the enlargement of the human race. Now, when the world is filled and the earth supplied, they who can receive continency, living after the manner of eunuchs, are made eunuchs unto the kingdom. Nor does the Lord command this, but He exhorts it; nor does He impose the yoke of necessity, since the free choice of the will is left.” –Three Books of Testimonies against the Jews

“But if they [consecrated virgins] have faithfully dedicated themselves to Christ, let them persevere in modesty and chastity, without incurring any evil report, and so in courage and steadiness await the reward of virginity. But if they are unwilling or unable to persevere, it is better that they should marry than that by their crimes they should fall into the fire. Certainly let them not cause a scandal to the brethren or sisters.” (Letters 61:2 [A.D. 253]).

“If a husband comes upon his wife and sees her lying with another man, is he not angry and raging, and by the passion of his rage does he not perhaps take his sword into his hand? And what shall Christ our Lord and Judge think when he sees his virgin, dedicated to him, and destined for his holiness, [merely] lying with another? How indignant and angry is he, and what penalties does he threaten against such unchaste connections!” (ibid., 61:3).

“It is decided that marriage be altogether prohibited to bishops, priests, and deacons, or to all clerics placed in the ministry, and that they keep away from their wives and not beget children; whoever does this shall be deprived of the honor of the clerical office.”- Council of Elvira, Canon 33.  (305 A.D.)

“If any persons who profess virginity shall disregard their profession, let them fulfill the [penitential] term for bigamists [since they were first married spiritually to Christ]. And, moreover, we prohibit women who are virgins from living with men as sisters” (canon 19 [A.D. 314]).

“Now these arguments of ours do not amount merely to words, but have in actual experience a witness to their truth. For let him that will, go up and behold the proof of virtue in the virgins of Christ and in the young men that practice holy chastity, and the assurance of immortality in so great a band of His martyrs” (The Incarnation of the Word of God 48:1-2 [A.D. 318]).

“The Son of God, our Lord and Savior Jesus Christ, having become man for our sakes . . . bestowed this also upon us, that we should possess upon earth, in the state of virginity, a picture of the holiness of angels. Accordingly, such as have attained this virtue, the Catholic Church has been accustomed to call the brides of Christ. The heathen who see them express their admiration of them as the temples of the Word. For indeed this holy and heavenly profession is nowhere established, but only among us Christians, and it is a very strong argument that with us is to be found the genuine and true religion. … [Yet now the Arians], having obtained the consent and cooperation of the magistrates, first stripped them and then caused them to be suspended . . . and scourged them on the ribs so severely three several times, that not even real malefactors have suffered the like. . . . All men shudder at hearing the bare recital of deeds like these” (Defense Before Constantius 33 [A.D. 357]).

“[H]oly virgins, when they are separated from their parents by whom they have been wont to be guarded, are to be commended by the care of the bishop, or presbyter where the bishop is absent, to women of graver age, so that living with them they may take care of them, lest they hurt the reputation of the Church by wandering about” (canon 31 [A.D. 393]).

“It is not lawful for a virgin who has dedicated herself to the Lord God, nor for monks, to marry; and if they are found to have done this, let them be excommunicated. But we decree that in every place the bishop shall have the power of indulgence toward them” (canon 16 [A.D. 451]).

“How, then, are the people of Ireland, who never had the knowledge of God, but until now worshiped idols and unclean things, how are they lately been made a people of the Lord, and are called the sons of God? The sons of the Scots and the daughters of their kings are seen to become monks and virgins of Christ!” (Confession of Patrick 41 [A.D. 452]).

“And especially there was one blessed lady of Scottish birth, of noble rank, and most beautiful, of full age [that is, an adult], whom I had baptized. And after a few days she came to us for a special counsel. She told us in confidence that she had received a message from God, and it admonished her to become a virgin of Christ and so come nearer to God. Thanks be to God, on the sixth day afterwards, most admirably and most eagerly she embraced that which all virgins of Christ do. Not that they have their fathers’ agreement. Nay, rather they endure persecution and lying reproaches from their parents. Nevertheless their number increases more and more. And we know not the number of our race who are thus reborn [as virgins], in addition to the widows and the continent” (ibid., 42).

“We absolutely forbid priests, deacons, subdeacons, and monks to have concubines or to contract marriage. We decree in accordance with the definitions of the sacred canons, that marriages already contracted by such persons must be dissolved, and that the persons be condemned to do penance.” – First Lateran Council, Canon 21.  (1123 A.D.)