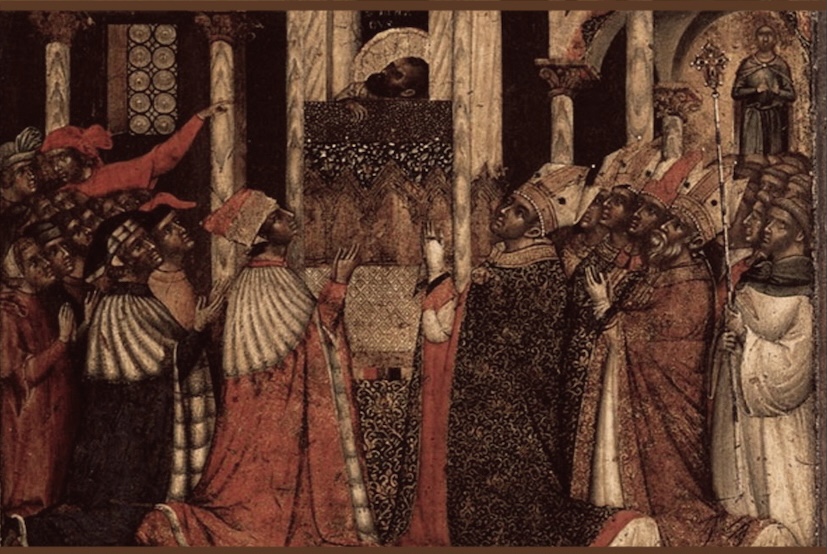 Although God the Father is pure spirit, it is well attested to in Scripture that God often uses physical objects as a means through which to carry out His will.  The most obvious reason for God using physical objects is that we ourselves are physical creatures and, as such, we interact with the physical world on a daily basis. The tendency for some Christians to try and separate spiritual from physical truths dates back to early church heresies such as Dualism, Marcionism, and Manichaeism.  These heresies tended to view the physical world as inherently evil, which is in opposition to Scripture where, in Genesis, God describes His creations as ‘good’.

Modern critics wrongly believe that the Catholic and Orthodox Churches teach that sacramentals and relics are a source of grace or that they have superstitious or “magical” powers.  In contrast, the Church teaches that the sacramental system is the opposite of magic. In magic, something material is regarded as the cause of something spiritual; in other words, a lower cause is expected to produce a higher effect.  The sacraments (as well as sacramentals and relics), however, don’t compel God to work in a certain way.  It is God who works through them and sanctions their use, establishing their efficacy and powering their effects.  Superstition and magic, on the other hand, use “the powers” of natural or material creations in hopes to “overpower” what may be God’s will and instead bring about one’s own will.

The veneration and honor shown to the bodies of martyrs and Saints reflects the honor shown to Christ’s own body after his death.  Because Saints are members of Christ’s Body and formerly Temples of the Holy Spirit, it is also directly honoring Christ and the grace He worked through his earthly Saints.  After Christ’s death, rather than leaving his body on the cross, to be taken down and disposed of by the Romans (as was the customary practice), Joseph of Arimathea asked Pilate for Christ’s body (Mark 15:43, John 19:38) and then donated his own, newly hewn tomb as Christ’s resting place (Matt. 27:60). Nicodemus came and donated over a hundred pounds of spices to wrap inside Jesus’ grave clothes (John 19:39) and the women went to reverently visit the tomb (Matt. 28:1) and further anoint Christ’s body with spices even though it had already been sealed inside the tomb (Mark 16:1, Luke 24:1).

2 Kgs. 13:20-21
“So Elisha died, and they buried him. Now bands of Moabites used to invade the land in the spring of the year. And as a man was being buried, lo, a marauding band was seen and the man was cast into the grave of Elisha; and as soon as the man touched the bones of Elisha, he revived, and stood on his feet”

“And God did extraordinary miracles by the hands of Paul, so that handkerchiefs or aprons were carried away from his body to the sick, and diseases left them and the evil spirits came out of them”

“We took up his bones, which are more valuable than precious stones and finer than refined gold, and laid them in a suitable place, where the Lord will permit us to gather ourselves together, as we are able, in gladness and joy and to celebrate the birthday of his martyrdom.” –The Martyrdom of Polycarp

“We do not worship, we do not adore, for fear that we should bow down to the creature rather than to the creator, but we venerate the relics of the martyrs in order the better to adore him whose martyrs they are” (Ad Riparium, i, P.L., XXII, 907).

“We by no means consider the holy martyrs to be gods, nor are we wont to bow down before them adoringly, but only relatively and reverentially [Greek: ou latreutikos alla schetikos kai timetikos].” – “Adv. Julian.”, vi, P.G., LXXVI, 812

“No Church doctor of repute restricted it (the veneration of relics).  All of them rather, even the Cappadocians, countenanced it. The numerous miracles which were wrought by bones and relics seemed to confirm their worship. The Church therefore would not give up the practice, although a violent attack was made upon it by a few cultured heathens and besides by the Manichaeans” (Harnack, History of Dogma, tr., IV, 313).